A reminder regarding the CSKT Primary Election. In past elections, CSKT has put out an unofficial tally of votes cast at the polls on election night. These results do not include absentee ballots, which are counted on the following Wednesday, the official count day. The CSKT Election Committee decided to go ahead and put out unofficial results with a word of caution that the election night count will likely change as a large number of absentee ballots will be counted Wednesday. The vote tallies released Saturday will be incomplete as they include roughly half the votes cast in the primary. Official results will be released Wednesday after the formal count process. 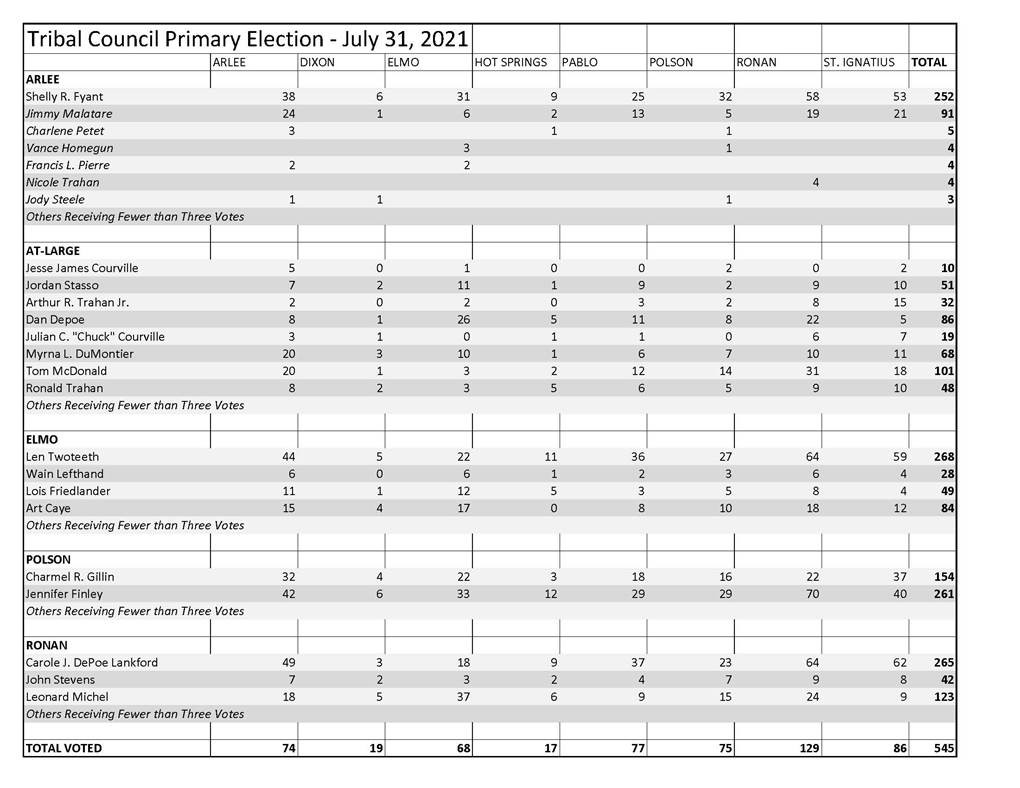