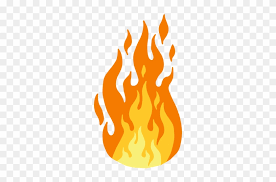 Kalispell, MT — Bird Island on Flathead Lake near Finley Point is closed to public access due to wildfire danger.

Bird Island, encompassing 30 acres off the southeast shore of the lake, is a Wildlife Habitat Protection Area that was originally purchased for goose nesting. It is closed to all public occupation and recreation until further notice.

FWP has worked closely with Confederated Salish and Kootenai Tribes and would like to thank crews for promptly responding to the fire. Due to serious safety concerns related to fighting the fire on the island, FWP has made the decision to not actively suppress the fire.

“There is a lot of dense undergrowth, downed or hanging tree snags and other hazards that make it unsafe for firefighters,” said Neil Anderson, FWP Regional Wildlife Manager.

“We recognize there may be concerns about the fire’s damage to the island but the risk to the safety of the firefighters is too significant to actively engage the fire.”

The Confederated Salish and Kootenai Tribes