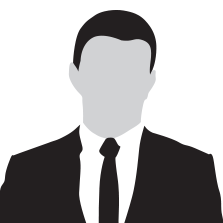 Martin Charlo was born in St. Ignatius and lived in Arlee where he was homeschooled until the fifth grade. He graduated from Arlee High School and went on to attend the University of Washington where he majored in Political Science and served on Associated Students of the University of Washington Board of Directors.  Martin moved home to care for his Father who had a stroke. Martin continued his formal education at Salish Kootenai College. He went on to work various jobs including the Native American Program Director at Travelers Rest State Park. He worked 14 years within CSKT at positions at the Preservation Office, Salish Kootenai Housing Authority, Kicking Horse Job Corps and the Office of Administration Contracts and Grants Office. Most recently he worked as a Reentry Case Manager for the Tribal Defenders office. Martin was elected as the Pablo District Council representative in 2019 and started his term in 2020.